If you eat like a local, you might as well sound like one too. These common terms and phrases will help you fit in. So read it, learn it and practice it. Because “you are what you eat” once you speak da language.

BRAH | brah | If someone refers to you as this, they’re not calling you a female undergarment, it means “friend,” “pal” or “buddy,” e.g., “Eh brah, Highway Inn is one of da best restaurants in Hawai‘i.” Disclaimer: This word takes lots of practice to sound authentic. Please spend the time to learn it.

MAHALO | mah-ha-low | Although this is on most garbage receptacles, it does not mean “trash.” It actually means “thank you.”

‘ONO | oh-no | Delicious, tasty. It’s often used to describe a dish at the best restaurants in Honolulu, e.g., “Wow! That dish was ‘ono!” Not to be confused with “oh no” as in “Oh no, that smells awful.”

WAHINE | wah-hee-neh | A female or woman. You’ll also find this word on restroom doors. Make sure you learn this term, so you don’t end up in the wrong restroom. 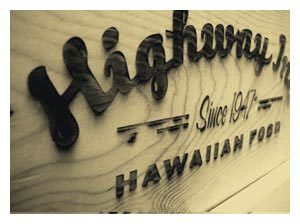 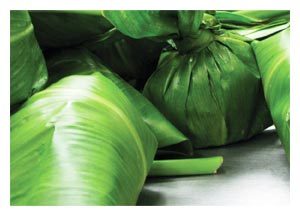 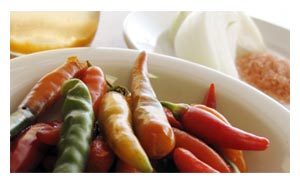