Free Parking directly out front in our parking lot.

See what we’re serving up at our Waipahu location!

Our Restaurant is 30 minutes from Honolulu/Waikīkī; 15 minutes from Pearl Harbor; 20 from Dole Plantation; 25 from the North Shore; 6 minutes from Waikele Premium Outlets. And just 5 hours away from California. So no matter where you are, our ‘ono Hawaiian food is closer than you think. 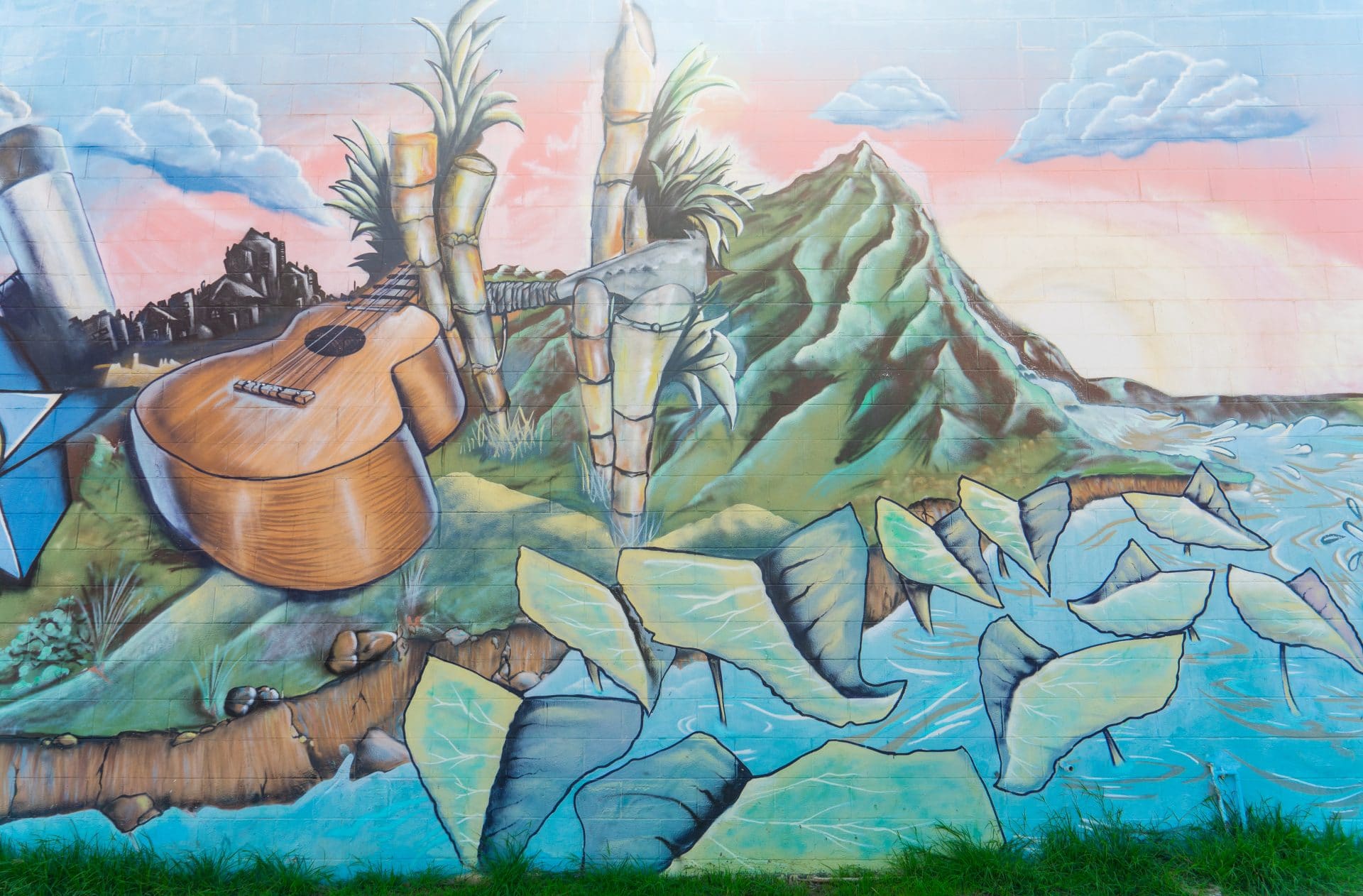 On November 20th, 2011 at our old Leoku St. location, we unveiled a new mural depicting historical and cultural images special to the Waipahu community.

Titled, “‘Ekahi,” the mural is located on one of the Leoku St. exterior wall of our restaurant. It is the first of several large scale murals planned in Waipahu, an old sugar plantation town. Murals are “a universal and time-honored medium in which youth and art can bring together a community and become “‘Ekahi.”The Mural artist were led by Dulce Ramos, Team Coordinator, 808 Urban Junior Board, Waipahu Division.

This Mural showcases the history of how Waipahu’s community grew united as they embraced peoples’ diverse traditions and culture.

The Mural depicts the Hawaiian word “Aloha” through historical and current symbols from Waipahu’s past and present. First is a rendering of the historical Arakawa’s store logo, “A”, then “L” from Oahu Sugar Mill’s smoke stack, the “O” from the puka (hole) of a ‘Ukulele, the “H” from the sugar cane once grown in the Ewa Plains and the second “A” depicted from the peak of the Mountain from which a “gushing stream” flows into a lo‘i (taro patch), where a Poi Pounder and ‘umeke (bowl) is at the ready to make the traditional Hawaiian staple, Poi.

‘Ekahi means “From Many, One”

Effective March 6, 2022, City & County of Honolulu Safe Access O‘ahu has been discontinued. You are no longer required to provide proof of vaccination or a negative COVID-19 test.

Enjoy live local music at our Waipahu location every Friday at 6:00 pm! Here’s a look at who will be dropping by next: 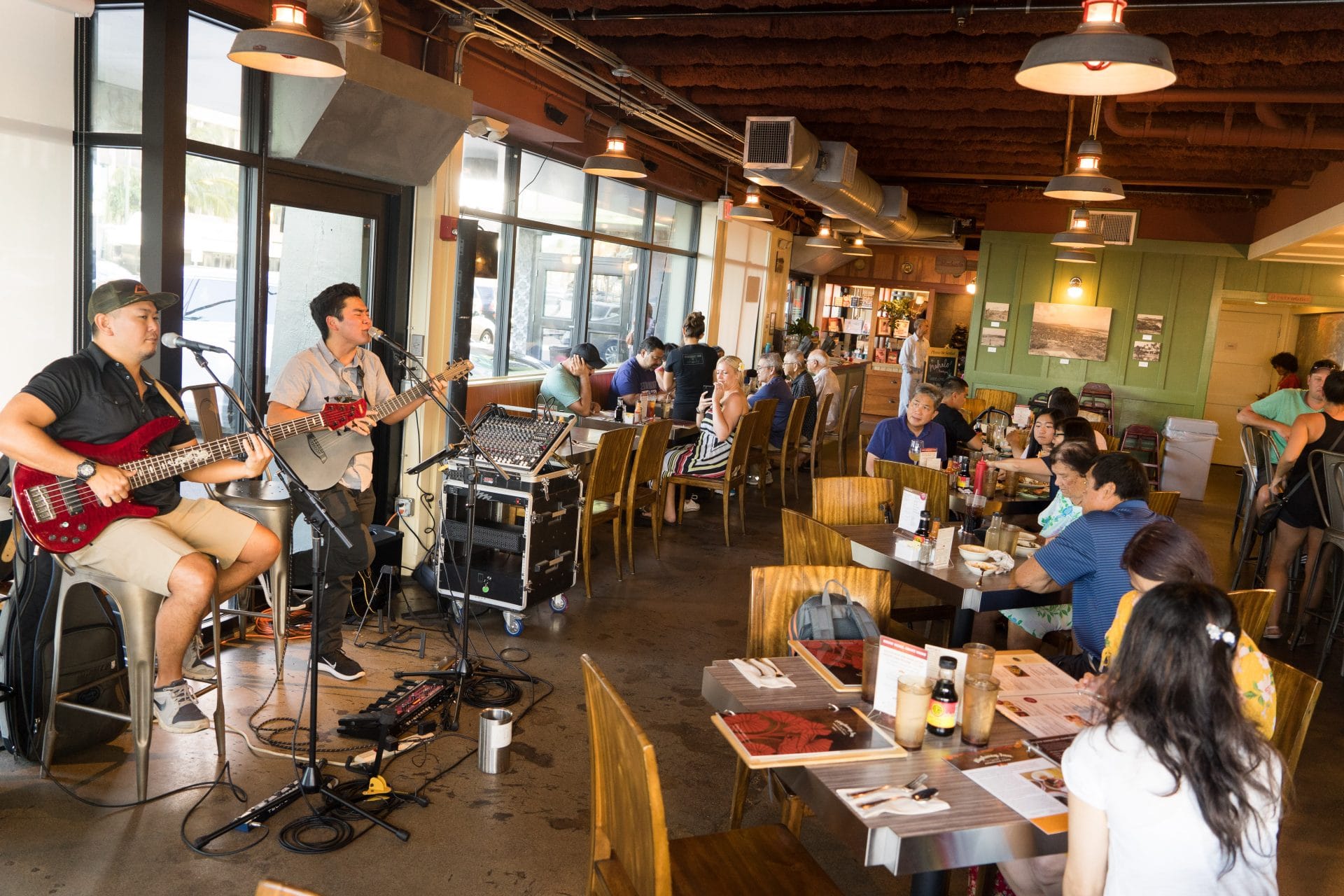 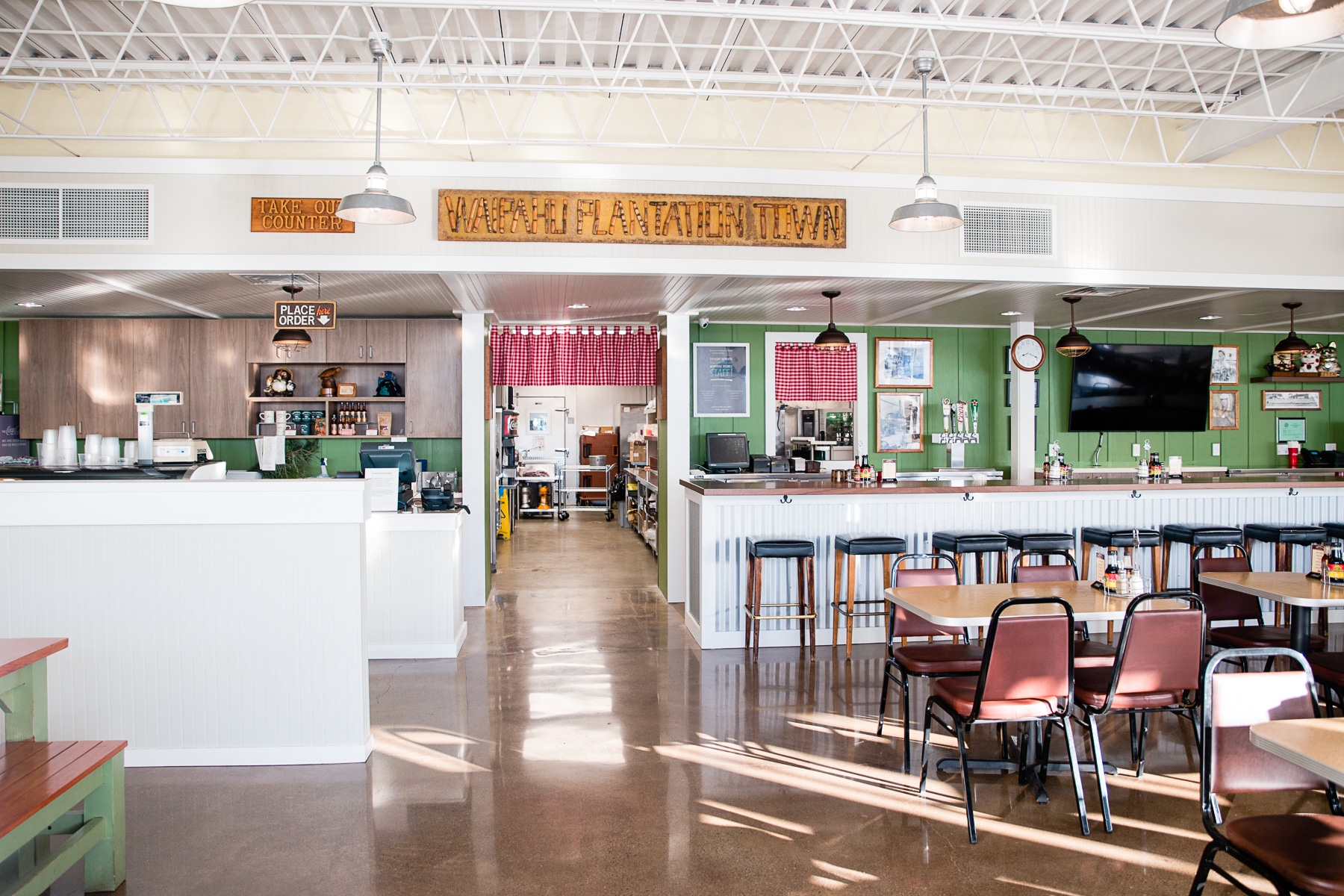