opened her Southern food restaurant, Kiss My Grits, in Honolulu in 2011 to much acclaim. The establishment was awarded a People’s Choice for Best New Restaurant that year and served classic dishes such as fried chicken, biscuits and gravy and Eastern North Carolina-style pulled pork—the iconic foods of her beloved home state. Kristin closed the doors of her restaurant after two years but is still asked about making her famous Buttermilk “Cat Head” (a reference to the size) Biscuits & Gravy. We are honored to have her share the dish at Tūtū’s Kitchen.

How did you learn to make this dish?

Learning to make biscuits is a rite of passage in Southern family, so I grew up watching my tūtūs make them,” she says. “Biscuits and gravy are the quintessential comfort food, made from simple, inexpensive ingredients. The recipe is my great-grandmother Lucy’s. She ran the town’s boarding house where residents got three meals a day. As simple as the recipe is, you have to learn it by doing—it’s all in the feel of the dough between your fingers. And the gravy—well, you have to make your own sausage! That’s the key.

Why are food and cooking important to you?

Cooking is the tie that binds a family together in the South. Celebrations, funerals, potlucks, birthdays—basically every opportunity to get together calls for food. I had a restaurant job in college where I learned to cook and fell in love with it, but I’d never really cooked much before I opened Kiss My Grits. I did it because I wanted to return to my roots and revive all my family recipes to share an authentic experience. Food is the common thread we can all relate to, and it comforts us in the worst of times. To this day, my favorite food is Kraft macaroni and cheese—it makes me feel happy and warm and fulfilled.

Buttermilk Biscuits & Gravy is our May 2019 Tūtū’s Kitchen dish 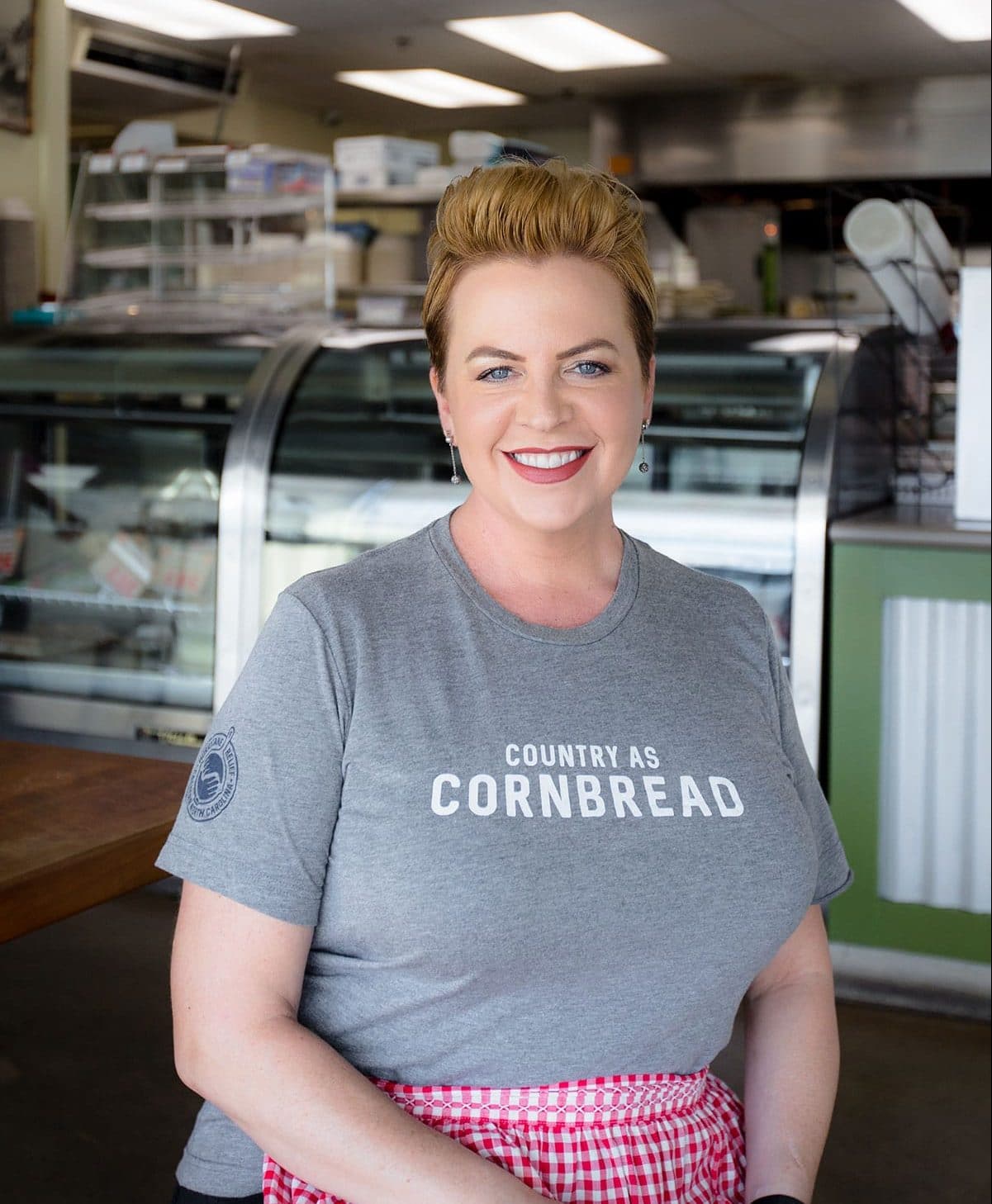 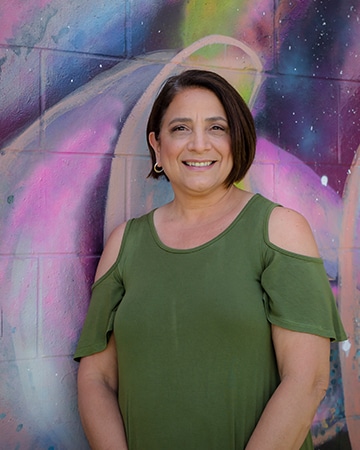 Leimomi Lum was born and raised on Kaua‘i, the oldest of three children. As the only daughter, she was especially close to her mother and spent a lot of time cooking and baking with her. After her mom passed away, Leimomi says, “I felt it was my turn to continue to pass down the legacy … Read More 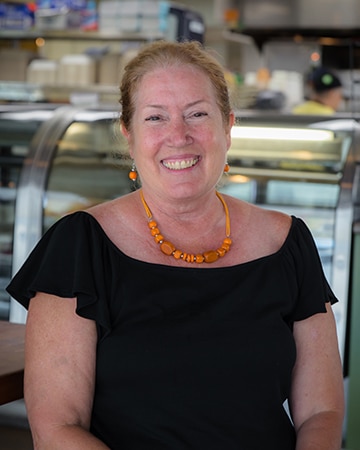 Clare Bobo is a self-described “Polish girl from the southside of Chicago.” Growing up, her family spent holidays and Sundays with her grandmother and great-aunts and -uncles, eating traditional foods. Her grandmother Ann’s pierogi, a dish traditional in Eastern and Central Europe, were always a family favorite, specially made for Christmas Eve. “We looked forward … Read More 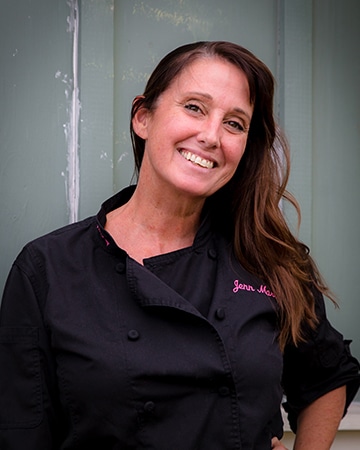 Jenn Marr is a veteran of the food and beverage industry, with nearly 30 years of professional experience and a lifetime spent in a family where “cooking is pretty much mandatory!”The dish she shares with Tutu’s Kitchen is her family’s interpretation of the classic Italian dish Chicken Cacciatore, roasted chicken thighs in tomato sauce. Jenn … Read More

Kristin Jackson opened her Southern food restaurant, Kiss My Grits, in Honolulu in 2011 to much acclaim. The establishment was awarded a People’s Choice for Best New Restaurant that year and served classic dishes such as fried chicken, biscuits and gravy and Eastern North Carolina-style pulled pork—the iconic foods of her beloved home state. Kristin … Read More 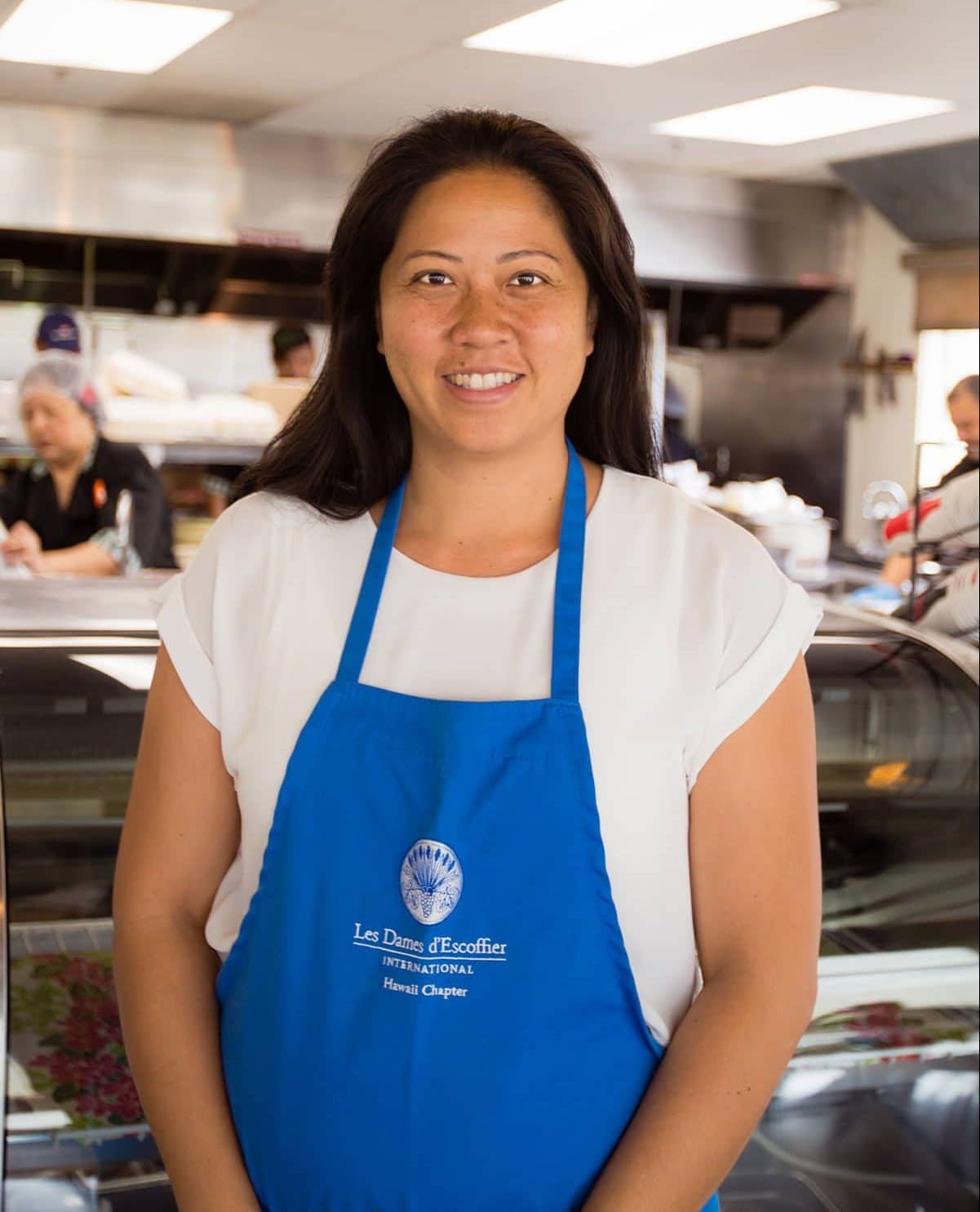 Dianne Vicheinrut spent more than 20 years working in the restaurant business, with a focus on Hawaii Regional Cuisine. “I loved being able to work with local farmers and share their crops, like Hawaiian hearts of palm, sea asparagus and tropical fruits,” she says. Now a financial advisor, working with individuals, families and business owners … Read More 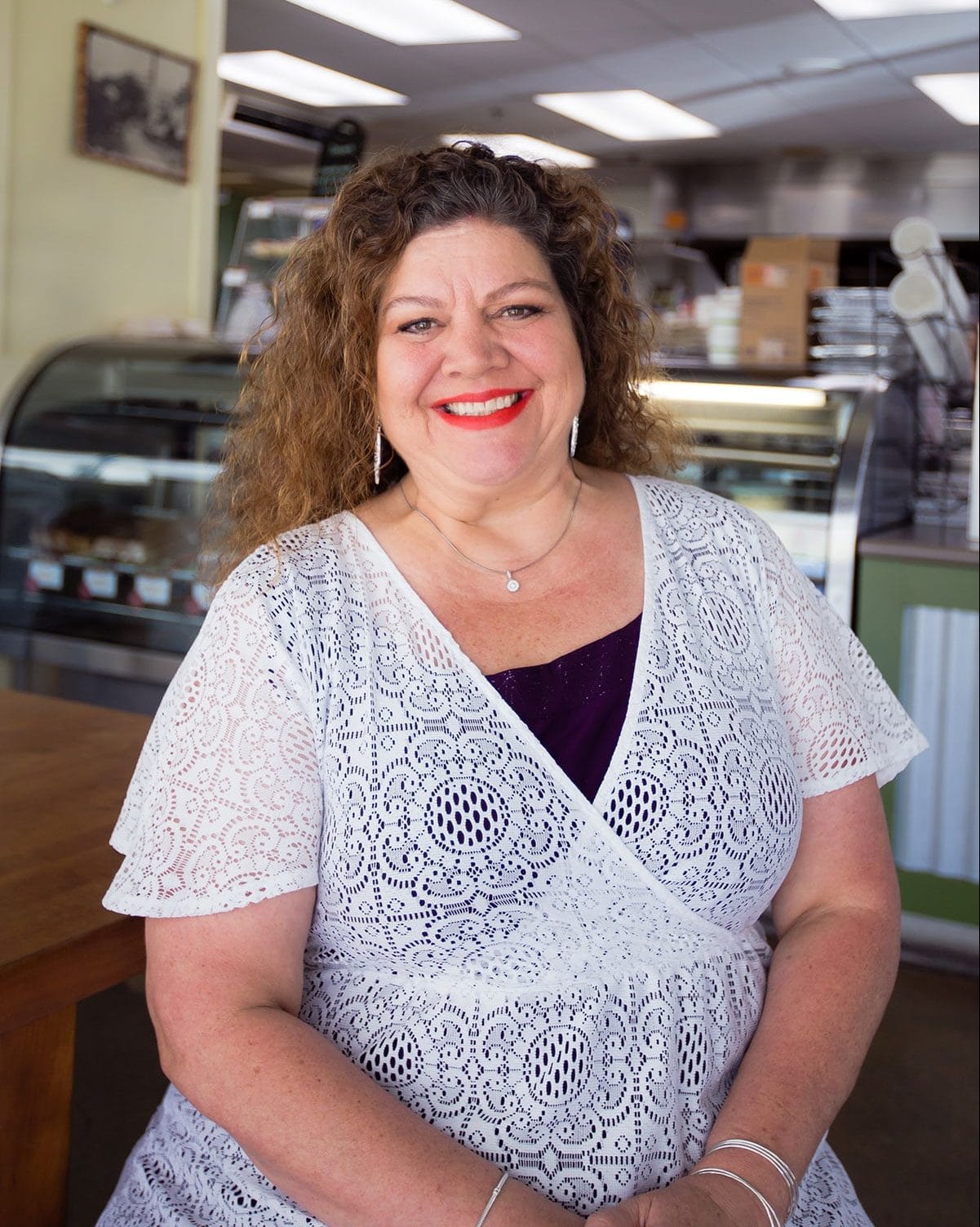 Traci Rosado Fernandez says she feels lucky to be surrounded by so many good cooks. “I don’t feel like I’m the one person that cooks for the family. We have so many excellent cooks—starting with my Grandpa Rosado, then my mom, my aunties, mother-in-law, sister and my sons!” Growing up, her grandfather Raymond Rosado, Sr.’s … Read More 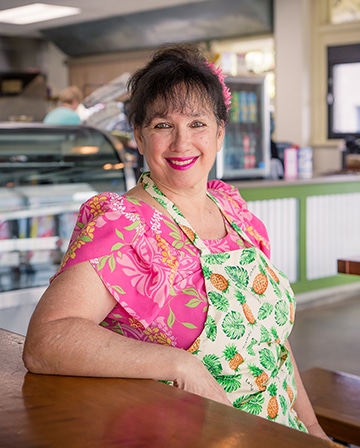 Ku‘uipo Lorenzo has been a hostess at Highway Inn’s Kaka‘ako restaurant for four years and has worked in the hospitality and visitor industry for 47 years. She is a past Kamehameha Day Parade Pa‘u Queen (2014) and has spent time living abroad and dancing hula. She volunteers with several non-profit organizations and is currently a … Read More 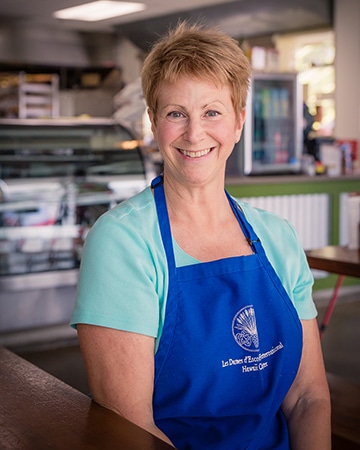 Kathi Saks was born outside New York City in a Jewish community. She is a private chef, culinary community educator and past president of Les Dames d’Escoffier, Hawai‘i. Food is a second career for her; she also holds a design degree and enjoys bringing her knowledge of pattern and design into the kitchen when it … Read More 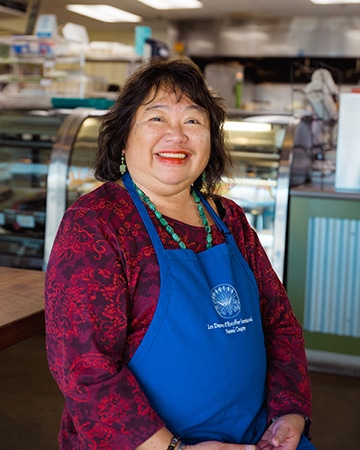 Lori Wong grew up surrounded by food. Her family owned the popular local eateries Orson’s, The Chowder House and Byron’s Drive In, among others. She currently runs her own culinary consultancy, Moments LLC, and is a culinary instructor. She is a member of Les Dames d’Escoffier, Hawai‘i. Lori originally created her Tūtū’s Kitchen dish, Tempura … Read More

Stop in and satisfy your nacho craving! Mahalo to

Proud to support @hawaiimow and their Thanksgiving

Congratulations to Robert D., one of our lucky Wai

Mahalo @midweekhawaii for sharing our moʻolelo! #

One of our favorite Highway Inn moʻolelo (stories

Last few days for your chance to win a Diamond Jub

Mahalo to our staff and guests at our #highwayinn7

“People want to go where they feel appreciated,

Mahalo to the @808madd ʻohana for stopping in for

Mahalo to our longtime Waipahu neighbors, the Saik

Mahalo @vina_morales for stopping in! Our Waipahu

September marks 75 years of business for Highway I